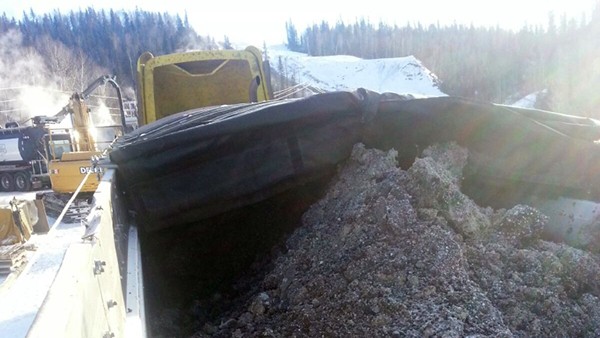 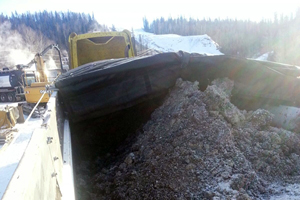 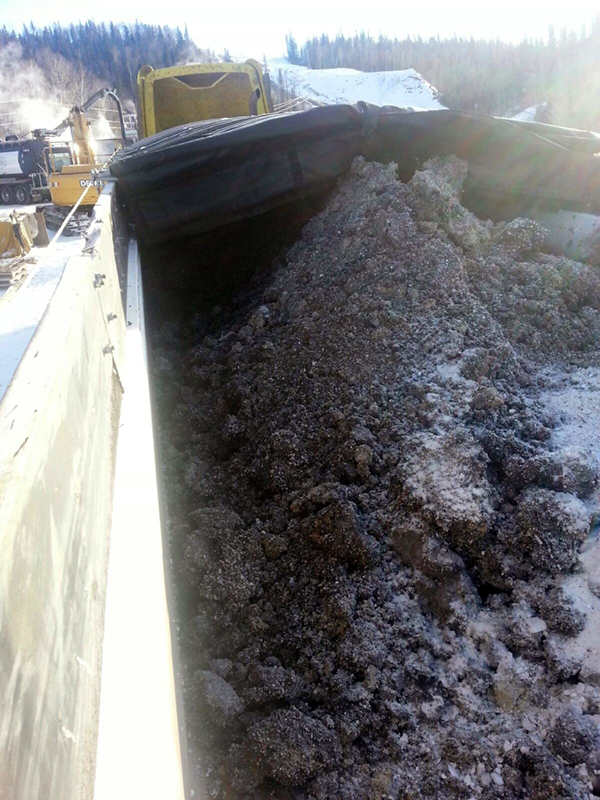 Large volumes and other logistical issues necessitated MetaFLO’s reagents to be mechanically mixed with the waste drill mud. Mixing was completed by an excavator in the storage sump. MetaFLO’s reagents perform well in extreme cold and achieved the required paint filter solids criteria on this project.

Competing reagents were treated concurrently on another site for comparison by the owner. While the competing process was rejected at the landfill, MetaFLO’s treated solids met the same landfill’s requirements and were accepted.

Vale owns and operates a mining site in Northern Ontario, Canada. Through their mining and refining activities they produce a sludge waste by-product. The clients were in need of an efficient excavation and transportation solution to get this sludge to their off-site landfill.

During the bidding process, MetaFLO was engaged to provide an optimal blend and dosage rate to achieve the solids criteria required for excavation and transportation of the sludge. Using analytical data, MetaFLO estimated a dosage rate of 1.1% by weight (based on a high moisture content). Large mixing bins were recommended for increased surface contact and efficiency during the bucket mixing process. No sample was available at this time.

Tervita Corporation utilized MetaFLO reagent to solidify approximately 4,000 m3 of sludge. Two 35m3 bins were staged on site and were loaded with a composite of “heavier” and “lighter” sludges. The originally estimated dosage rate was accurate as actual treatment averaged approximately 30lbs of MetaFLO MF006 reagent per m3 of sludge. All material was safely shipped to Vale’s off-site landfill. The job was completed on time.